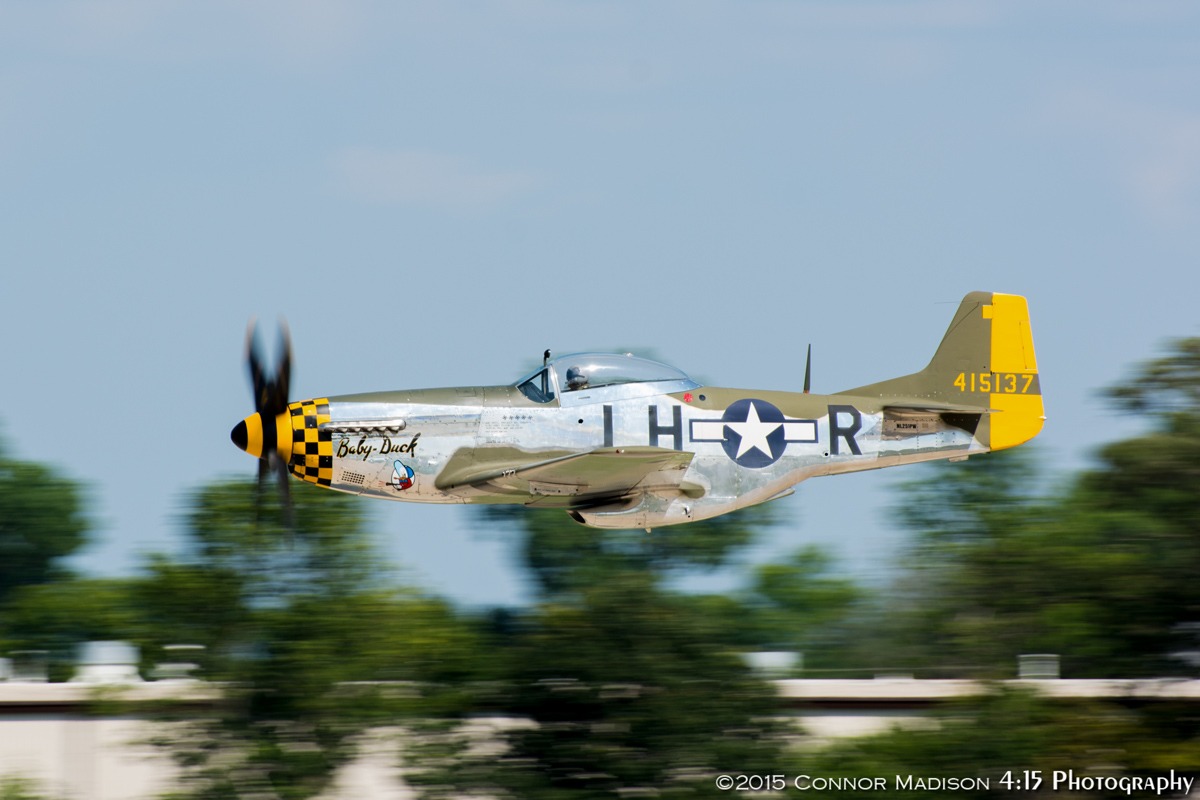 On July 16, 2017, about 1020 central daylight time, a North American Aero Classics P-51D airplane, N251PW, was destroyed when it impacted trees and terrain 2.5 miles northeast of Cummings, Kansas. The airline transport pilot and passenger were fatally injured. The airplane was destroyed. The personal flight was conducted under the provisions of 14 Code of Federal Regulations Part 91. Visual meteorological conditions prevailed and no Federal Aviation Administration (FAA) flight plan had been filed for the flight. The local flight departed the Amelia Earhart Airport (K59), Atchison, Kansas, about 1005.

According to several witnesses located between K59 and the accident site, the airplane was observed performing aerobatics at a high altitude. A witness, located further to the south of K59, and several hundred feet from the accident location, observed the airplane fly over nearby power lines between 25 ft and 30 ft above the ground. The airplane pitched up to climb in a near vertical attitude and then the nose turned to the left and the airplane turned and pitched down in a nose low attitude. The airplane descended towards terrain and just prior to impacting the ground the tail of the airplane came up. The airplane impacted the ground just short of a grove of trees. A large crater marked the initial ground impact point and contained bent and torn metal, the engine, transmission, and propeller assembly. The empennage and fragmented pieces of the fuselage were located 25 feet northwest of the propeller assembly. Fragmented pieces of both wings, the rudder, and the fuselage were scattered in the debris field that extended over 400 feet from the initial impact point.