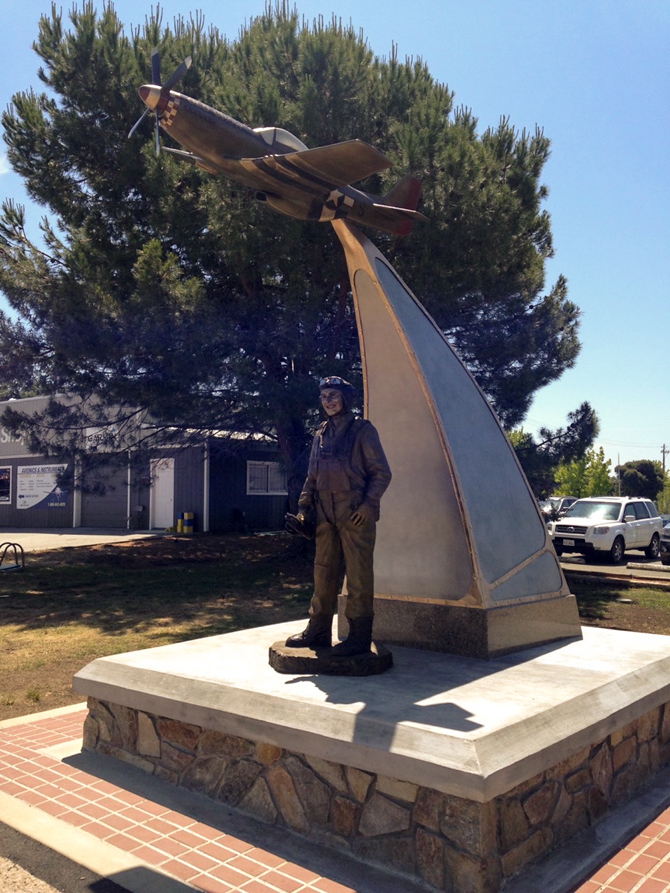 In November of 2012 a project was started by a few dedicated Auburn, California residents to honor local WWII Veteran and Fighter Ace Colonel Clarence "Bud" Anderson. Believe it or not there was nothing in his hometown of Auburn recognizing Bud or the contributions he made. 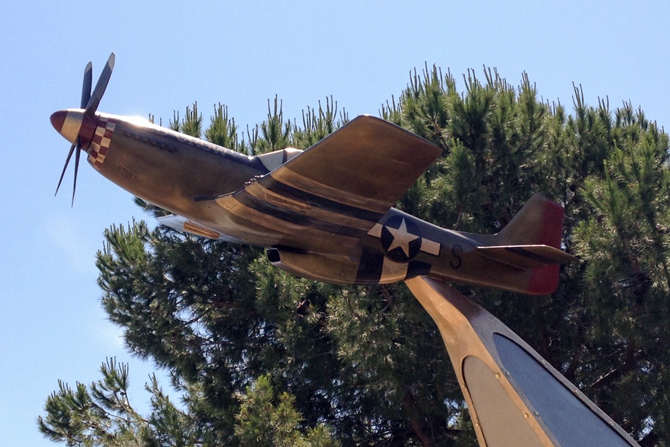 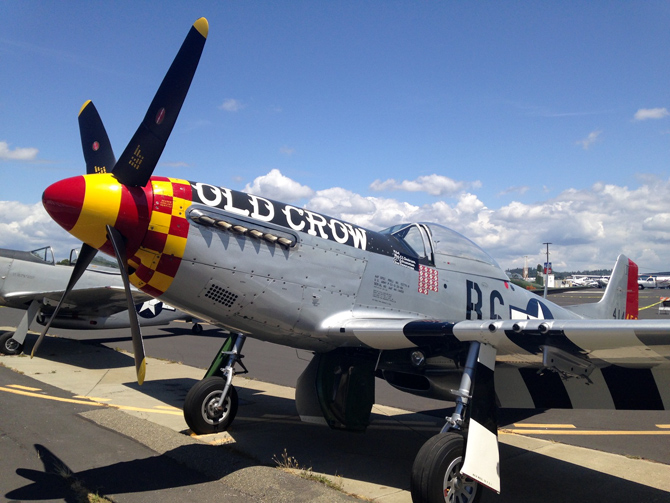 First up was the renaming of a street at Auburn Airport. Col. Bud Anderson Drive now leads airport regulars and visitors into Auburn Airport. At that time a fundraising project was started to cover the cost of the next step which is a sculpture of Bud and his P-51 Mustang "Old Crow." A private piece of land at Auburn Airport was offered up for a permanent location for the statue upon completion. May 16th of this year there was an unveiling ceremony held at the airport site. The event was attended by Bud's family and friends, area residents, fans, and supporters. 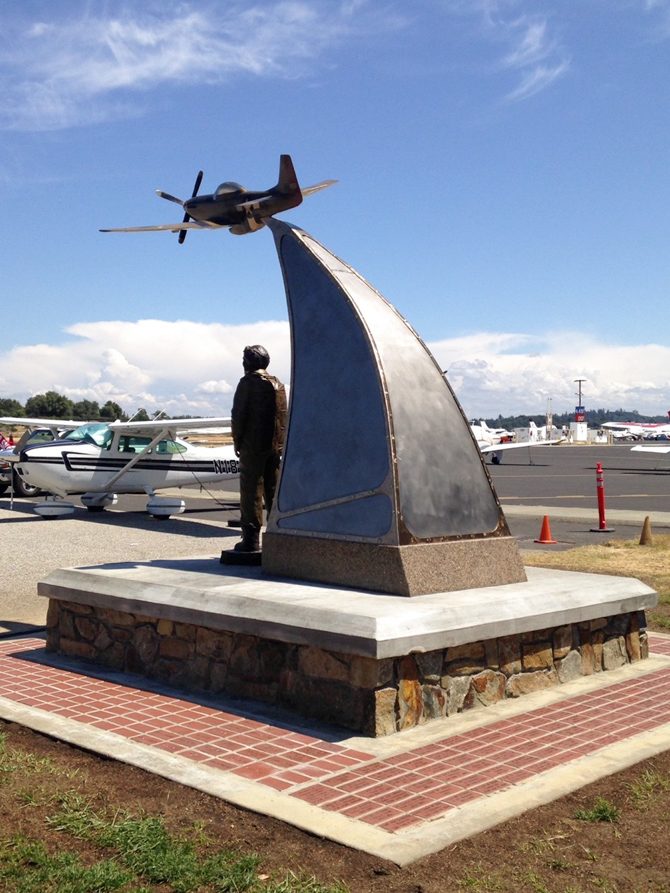 There was a nice selection of P-51 Mustangs in attendance as well! Namely the P-51D "Old Crow" which made the journey all the way from Georgia. Several local Mustangs flew in as well. P-51D "Speedball Alice", P-51D "Red Dog XII", and the Coutches Family P-51H. 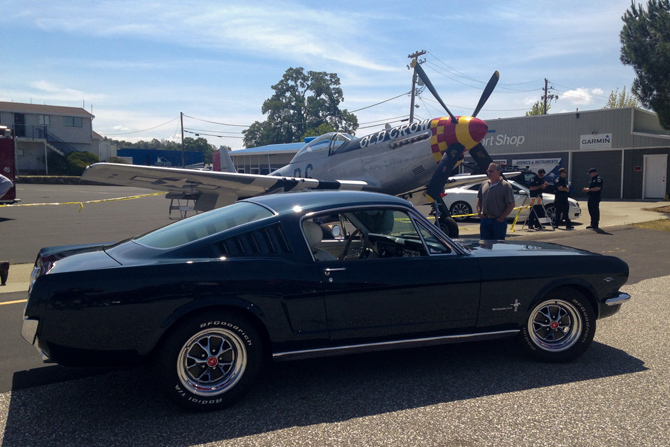 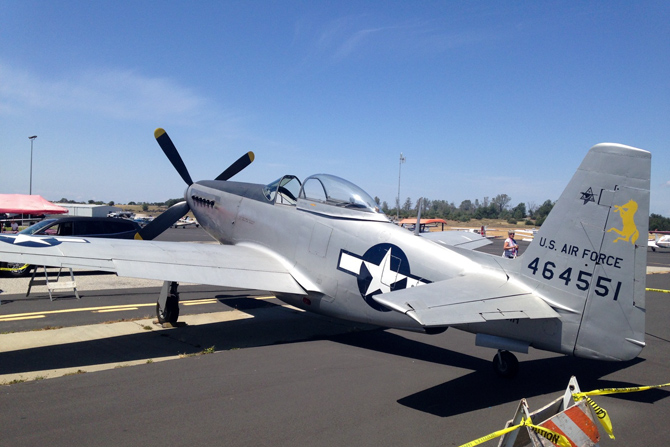 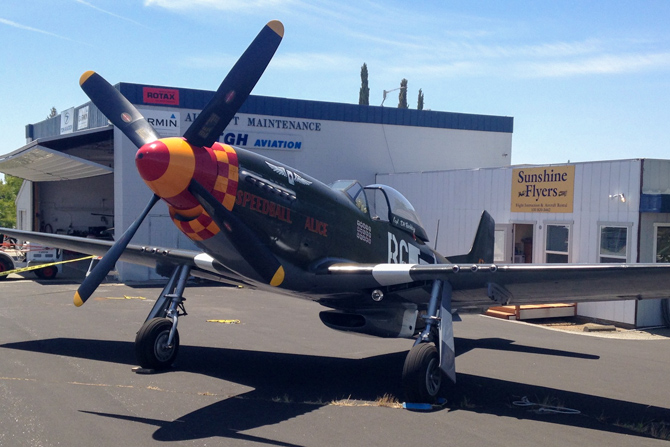 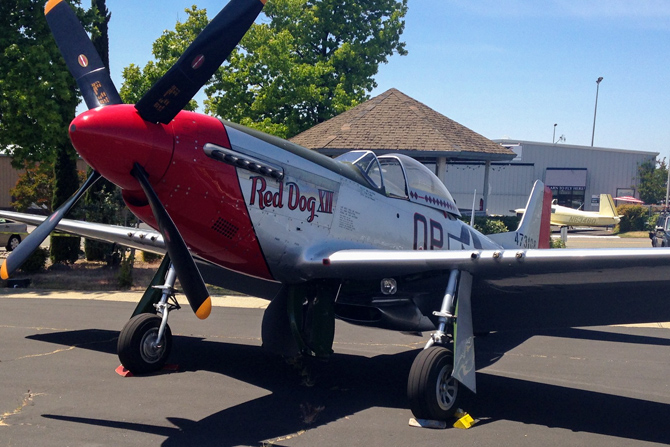 Thanks to Eric Allen for covering this great event, and thank you Col Anderson for years of dedicated service.