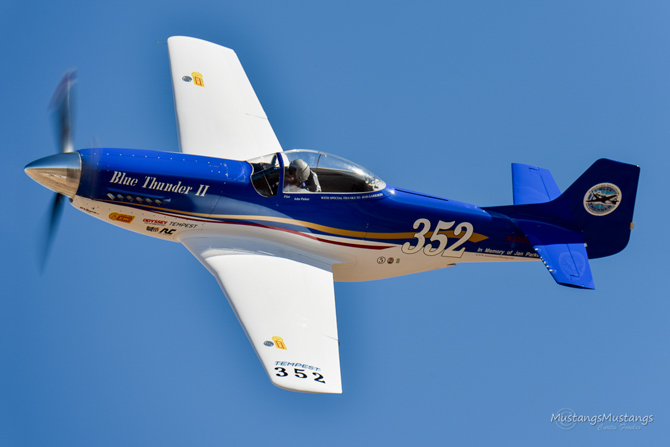 The Sport Class has been growing and growing. Speeds are increasing and racers are becoming more and more innovative. The aircraft are kit-built and have heavily modified powerplants from 4 to 12 cylinders. The top aircraft are stripped of every non-race essential part to save weight and the engines are tuned and tweaked to squeeze every drop of power it will give up.

Speeds range from low 200's to over 400 mph! Last year's Champion, Jeff LaVelle did not attend leaving the top spot up for grabs. John Parker who has several 2nd place finishes is the favorite. The Sport Gold surpass the Unlimited Bronze speeds - but with far less coolness ;)


Congrats to John Parker and Crew. They have earned and deserve this win with years of work under their belts. They have brought excitement to the Sport class through the Thunder Mustang.