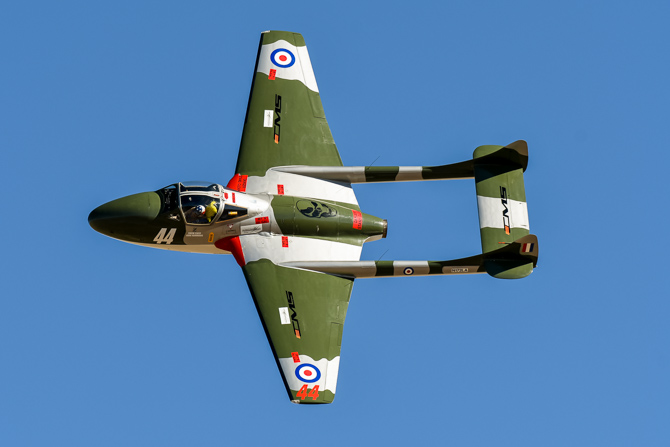 Vampires! Two of them this year! Last year's winner Pete Zaccaqnino in #24 Vampire was back - and he had an eventful race week. He won last year on an exciting photo-finish on Sunday. This year he qualified 3rd at 493 mph, had a mayday and belly landed his winning #24. He walked away and snapped a pic of his totaled Vampire. Zach McNeill in Vampire #44 had a mayday and landed safely. During the Gold race on Sunday, he dipped really low between pylons 4 and 5, then pulled up off the course and then rejoined the race. He lost several spots, but was moving fast passing several and finished 3rd!

Jets are fast. Jets don't make cool noise. Jets have had some really close racing and are gaining more fans each year. The jet pit area is on the far east side. All other class pits are on the west side. It's a long walk to get there, but worth the trek. The military area is also on the east side along with multiple vendors. The most popular type of jet used is the L-39 Albatros, and the L-29 Delfin. Others include: Vampire, Galeb G2, and the SIAI-Marchetti.