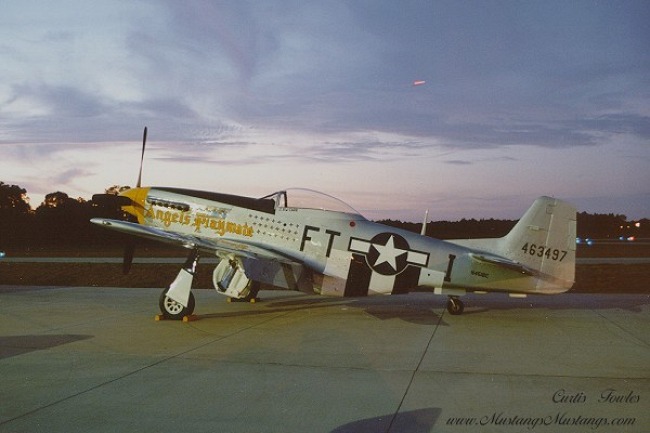 
Col Collord found the nose art "Stump Jumper" etched in the cowling. By chance, Collord met an ex-USAF pilot at an airshow who flew 810 post WWII. He had an engine failure over Tennessee and had to belly land in a field. After committing to the only clearing in the area he noticed many pine tree stumps about 2 feet high throughout the field. He landed and did not hit any of them, hence the name "Stump Jumper". The P-51 was dismantled and trucked out for repairs.