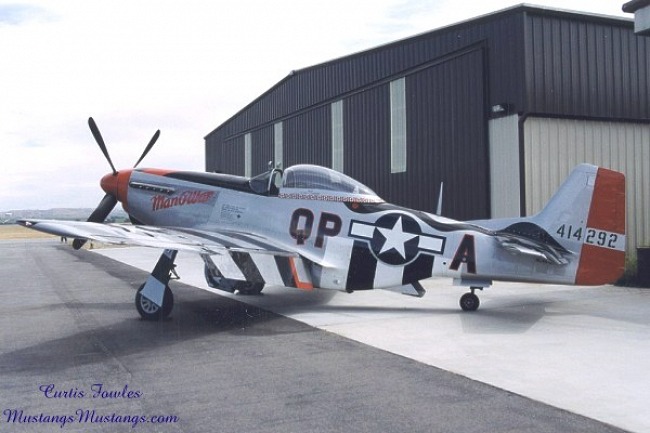 2007: still flying and looking very nice! They really take care of this bird.
2007: Passing of long time owner Elmer Ward. He supplied many owners/builders of P-51 restorations with his parts/restoration business. He will be missed.