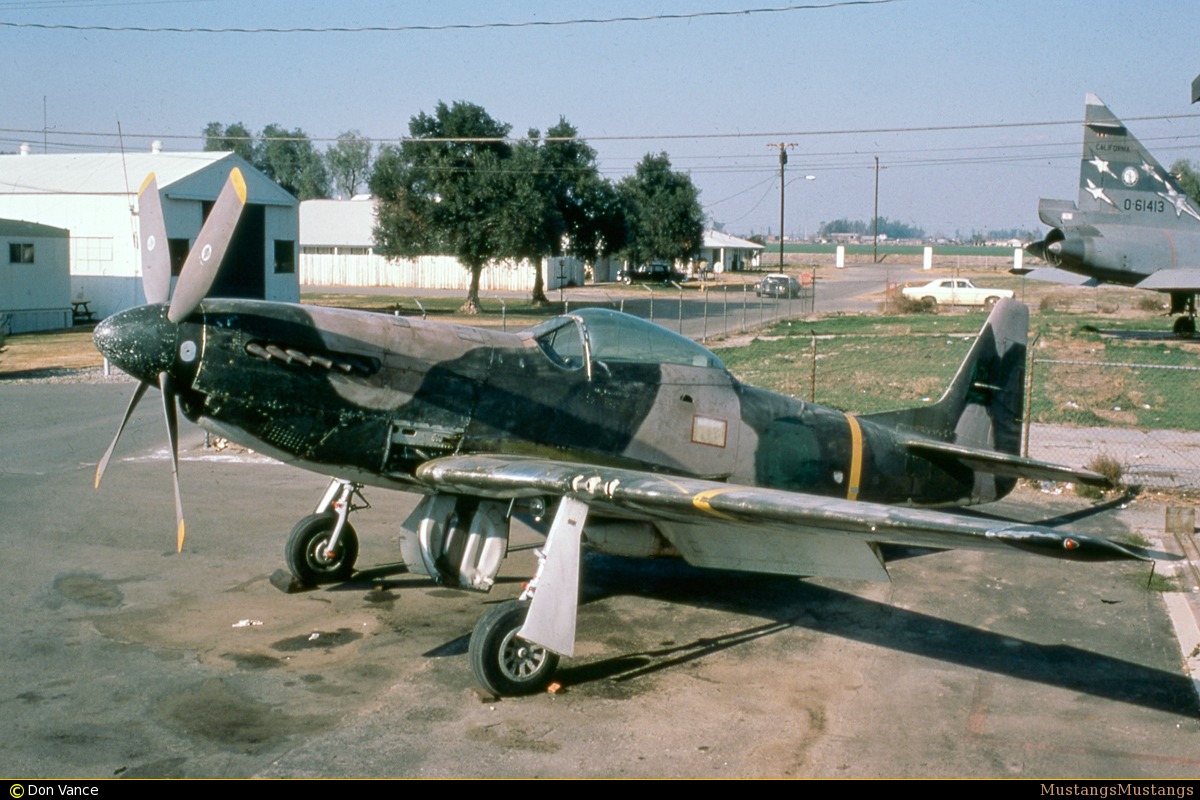 << Case # 423
Who?   Case # 424
Case # 425 >>
P-51 Who? Viewer Responses
William Yoak
This was the late Don Plumb's Cavalier P-51. He owned this Mustang in addition to CF-USA in which he was killed in 1975 along with John Bolton in another Mustang in Big Spring,TX after both departed in bad weather and crashed within a mile or so of each other.
The Mustang in this case is shown at Unlimited Aircraft in late 1974 or early 1975 when my late stepfather-- Bruce geossling started that business. Plumb was one of his first customers with this arcraft which was to be painted in a grey USAF scheme after work was completed on it. I do'nt have any other info, but believe this was an ex-Bolivian Air force aircraft
T J Johansen
This is Cavalier N30FF which is using wrong serial # 45-11559. The photo shows the 51 shortly after return from El Salvador as part of the group Jack Flaherty recovered from said Air Force. As William Yoak says, it was later painted in a grey USAF scheme, going through several owners before being made into a TF for Max Chapman with the name "Mad Max".
Case Closed! 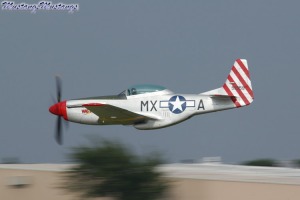