Story by Eric Allen with help from John Muszala II 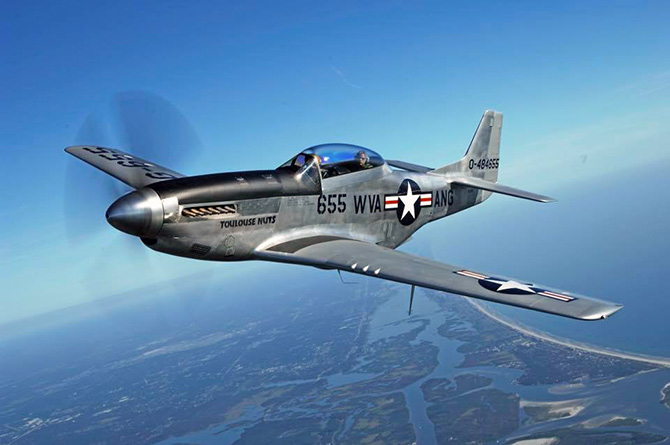 
During late 2007 the Collings Foundation was looking to enhance the popular nationwide Wings of Freedom Tour. A P-51 Mustang would be a natural fit to the bombers that were already regulars on the tour. The search was on for a suitable aircraft to join the tour. Two of the Mustangs at Stallion 51 were looked at during the search. At the beginning of 2008 the Collings Foundation acquired the TP-51C Mustang "Betty Jane" with the intention of offering flight training at the various tour stops. The dual cockpit of Betty Jane would allow riders to experience not only flying in the legendary Mustang but also a chance to literally fly this magnificent machine. Betty Jane debuted at the 2008 Dallas tour stop where she was an immediate hit! 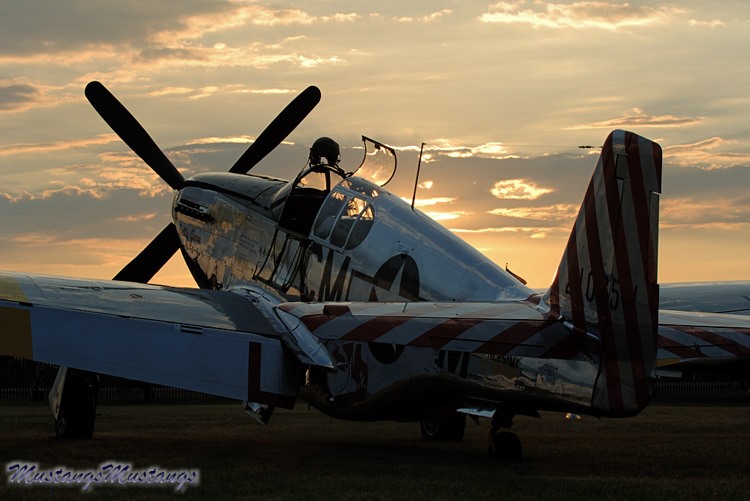 The plane was relatively fresh from a multi-year restoration that saw it completely rebuilt to better than new standards by the talented craftsmen at John Muszala's Pacific Fighters in Idaho Falls, Idaho. The staff at Pacific Fighters had built up some great experience working on B/C Mustangs due to a contract they had to rebuild the fuselage and wings of the P-51C "Princess Elizabeth". It is no secret that John Muszala is a big fan of the B/C variant of the Mustang as he had been collecting up parts for some time with the intention of building a B/C model. He was aided in the parts collection process by his good friend in England, Craig Charleston. When previous customer Max Chapman came on board the project really picked up steam. There were a variety of B/C Mustangs converted to 2 seat aircraft during WWII but Max wanted to take it a step further and make this one a full dual control airplane.

The previous work done by the staff at Pacific Fighters rebuilding Princess Elizabeth's wing was a big help on this new project's wing. A P-51D Mustang is nearly three quarter P-51 A/B/C Mustang parts per John Muszala, with some part numbers not changing throughout the entire run of Mustang production. That's not to say it is easy to build a dual controlled P-51C. Countless hours went into designing, creating, and building this one of a kind TP-51C. Early on it was decided that there would be dual birdcage canopy for this TP-51C.

Some research into field converted two seat Mustangs revealed that the 4 th FG had a squadron "Hack" P-51 with the desired canopy configuration. That 4th FG "Hack" Mustang provided the insight for the canopy as well as the aircraft's first paint scheme. The plane was finished in 2004 and would take home the Best Mustang award at Oshkosh that year. In 2006 a 15th AF paint scheme of Col. Charles McCorkle's 31st FG P-51C "Betty Jane" was chosen to match up with Max Chapman's other 15th AF painted Mustangs. Betty Jane had 78 hours on her Hobbs Meter when she was acquired by the Foundation. Fast forwarding to 2016, after averaging over 500 hours a year, that meter is now reading over 4500 hours. Quite an amazing run! 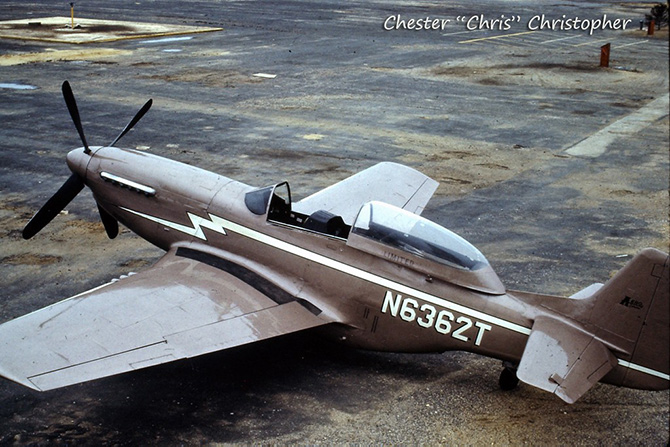 44-84655, N6362T in 1963. In 1964 she had a belly landing in Indiana. She was repaired and prepped for export to Bolivia at Aersport in Chino.
With the success of the P-51 Flight training program and not wanting to completely wear out Betty Jane, the Foundation decided to acquire another Mustang to succeed her on the tour. In the process of acquiring the combat veteran Fw-190 from the White 1 Foundation, the Collings Foundation was also able to negotiate and purchase a TF-51D project that the owner of the White 1 Foundation had been working on. After the deal was negotiated the project was transferred to the American Aero Services facility in New Smyrna Beach, FL. Several boxes of parts were supplied with the airframe and work commenced to inventory the parts and begin the search for additional parts needed to complete the project. In June of 2013, work on the completion of the airframe began in earnest. 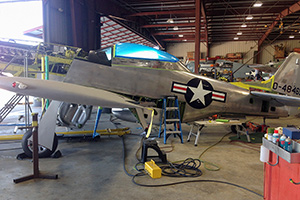 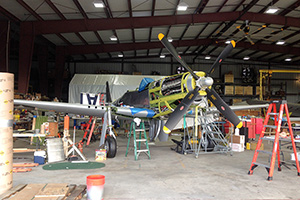 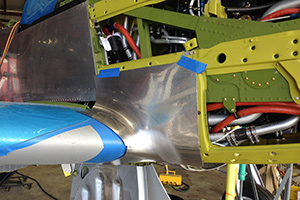 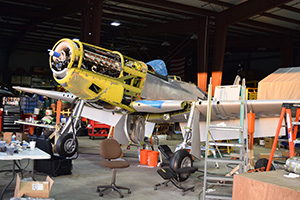 Work on the TF-51 project had been started by the previous owner and it was acquired with some major components completed. Aero Trader had completed all the structural work on the fuselage. Odegaard Wings had completed the structural work on the wings, flaps and ailerons. Tri State Aviation was brought on board to perform work on the tail cone and empennage. Cal Pacific Airmotive along with Pioneer Aero Services provided parts from their large inventory and Roush Aviation was contracted to begin work on an engine. A standard 90% done and 90% to go airplane restoration project was now fully underway. 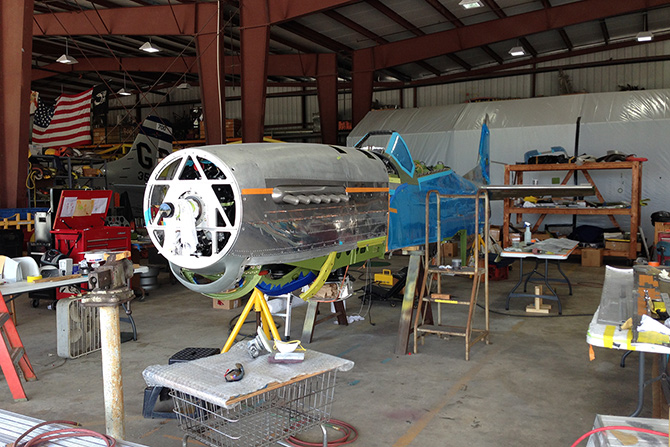 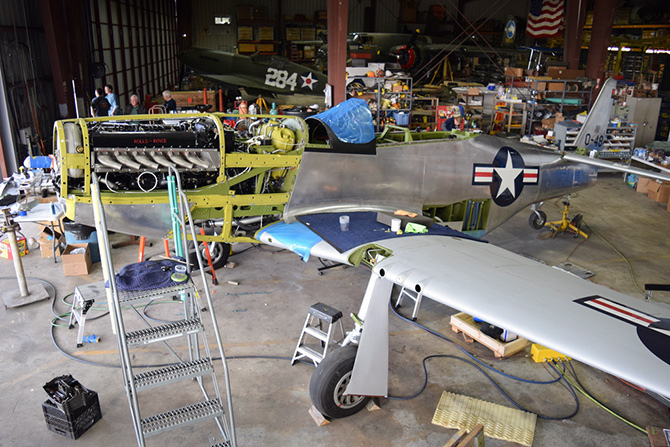 The restoration crew, led by Ashley Ezell, went to work with the goal of restoring the Mustang to the Collings Foundation's high standards. However, emphasis on ease of maintenance of the airframe was a focus for its upcoming life on the road. The lessons learned during the previous 8 years of maintaining Betty Jane provided a lot of ideas to work with. Richard and Peter Lauderback, whose long history and experience in Mustang operations proved invaluable, took on the wing at the halfway point to finish it out with new plumbing, fuel cells, and landing gear.

Three years to the month after American Aero began the project, a happily uneventful first flight took place. Finished as serial number 44-84655, it was the only TF-51D assigned to the 167th Fighter Squadron of the West Virginia Air National Guard. The nose art carried on this aircraft, "Toulouse Nuts", is a great play on words since it was the only two seat Mustang in the squadron. 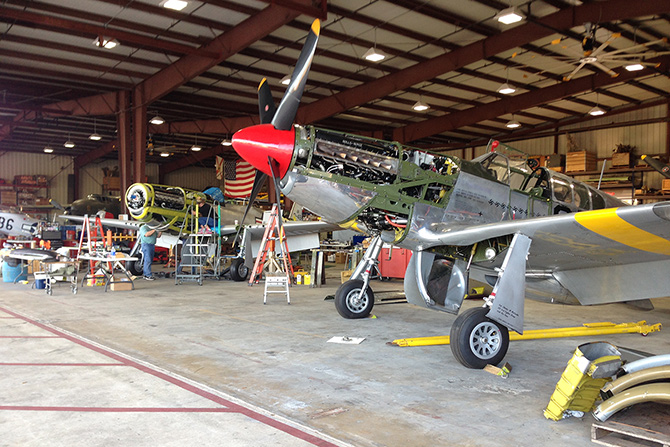 Toulouse Nuts debuted at Oshkosh in 2016 and took home the Post WWII Grand Champion award as well as a Golden Wrench award for American Aero Services. Shortly after Oshkosh it joined the National Wings of Freedom Tour in Valparaiso, Indiana. Betty Jane was there to welcome the new Mustang as well as make a few flights together.

Betty Jane will be returning to American Aero's shop in New Smyrna for some in-depth TLC, its next assignment still to be determined. This was a "passing of the torch" so to speak from a one of a kind Mustang to a new unique Mustang. 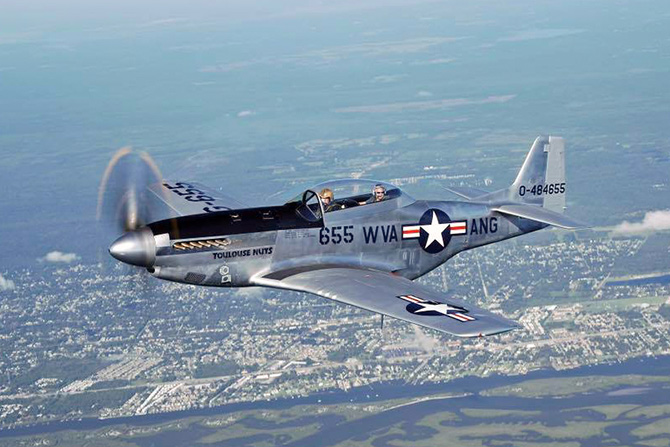 Thanks to Eric Allen and John Muszala II for the article, the photogs listed at the top for the great photos and the Collings Foundation for sharing some history with us.