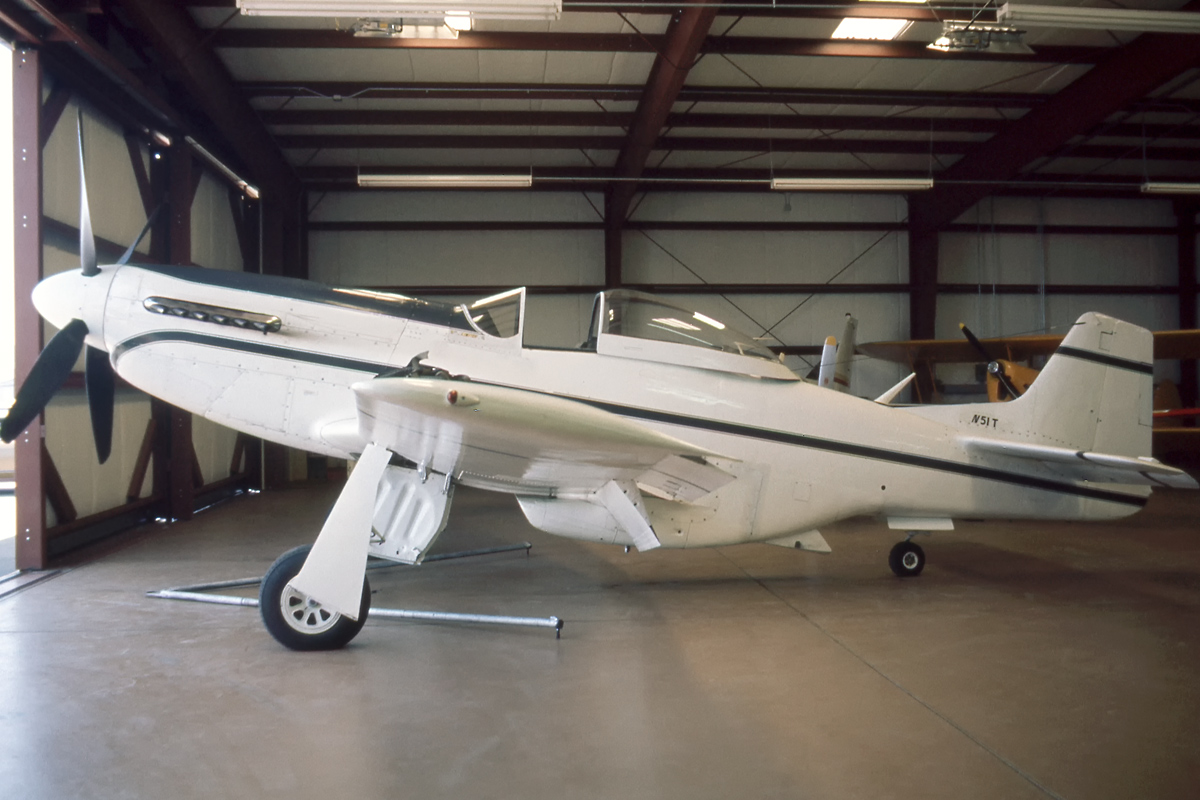 10 Most Recent Who Posts
Tim Anderson

Who Case: 322
I have paperwork and parts for this airplane from the very first owner Arthur STASNEY passed away six months ago and left me everything about this airplane including pictures
Mark Phillips

Who Case: 90
I know 100% that the photographer that took this was Dick Phillips. I have the original slide
David Rudd

Who Case: 67
Thanks for this. Saw a P51 circling over John Deere dealership in Orono Ont. approx a week ago... early July 2021. It was at maybe 1,000 feet. Looked like it may have a home base nearby. My fellow farmers were oblivious.
Are there any P51s registered locally?
Ben F Gay III

The suitcase full of cash ($386,000) safely reached Marie (Bills estranged wife/widow) per the note he had placed inside: "If anything happens to WPP, give this to Marie."

Although they've created new explanations over the years, PSI originally stood for Patrick Seminars International. It was a tribute to Bill, and an attempt to profit from an affiliaion with him - even in death. But it proved to be more of a liability at the time.

Finally, as for suicide, the thought crossed my mind that day as Bill certainly had mounting legal and financial problems. But I knew it was just a reckless accident when I heard he had a passenger with him. Not on his worst day would he have taken anyone with him.

In fact, his reckless flying was the reason I wouldn't fly with him anymore for the last 2-3 years of his life.

I really appreciate your input!

Who Case: 325
Adding to my older brother's telling;
I remember Boomer doing wild aerobatics over the great plains -just like Art Scholl- backflipping flat-spinning stalling tumbling and lots of rapid rolls...
I then met him while Darrell was making the XP-51 and Max had a brakes failure in this, my Dad and Grant went out with the F-250 and lassoed Boomer's tail with a rope tied to the front to stop it as he was too low on fuel to risk any alternate airport. Later I'd see him fly his other warbirds out of Ft.collins-Loveland, and was so enthused I had Grant make each of them for me in 1/32nd scale (very accurately)... Now there are decal sets for this available!
Ronnie Bogner

Who Case: 152
I have lived in High Valley since 1979 and witnessed the demise of Tom Willhite in his bi-plane. Of course I heard all the stories about Wm Penn Patrick. I personally knew and liked Jack Mather, although he and Camille had parted ways by the time I knew him. I don't know why, but many residents of Lake County still refer to Patrick as "PennPatrick", as if that were his last name.

According to Mather, Patrick crashed the day the drapes were being hung at the Casa. My friend Elton Garner said he went to the crash sight with his Jeep and retrieved the bodies, but he never said only teeth and a few bones was all that was left. I had always heard the passenger was a Frenchman, but now I understand he was from Finland. The story was that the radio equipment had been taken out of the plane to allow a passenger room to ride, as a P51 was a single pilot plane.

When Willhite crashed in 1983 the wreckage was taken to the P51 crash site and his body was buried at the top of the hill West of the Casa. It has since been moved, as the property was sold to a Jew from Israel whose religion forbade owning property with buried human remains. The ranch is now a very large open marijuana grow. PSI World held its last class there at the end of May, 2021. At one point I was told "PSI" stood for "people synergistically involved".

As a close neighbor who visited the ranch many times I can say the place drastically improved after Willhite's death. During his tenure the roads were almost impassible as he spent nothing on maintenance. His widow, Jane, changed all that and it was a nice place once she took over.

Other neighbors, as well as Jack Mather, had nothing but good to say about Patrick. They went out of their way to tell what a nice, friendly guy he was. I heard of Bill and Jack driving through the valley in a convertible Cadillac waving at anyone they passed. Tom Willhite was not nearly so friendly.

There were rumors of a suitcase full of cash buried somewhere on the ranch, but no one ever heard of anyone finding it. Also Patrick was supposedly being chased by the IRS for tax evasion the day he crashed, which of course fueled the suicide theory.

The ranch gained a reputation of being cursed and jinxed as over the years there have been 3 plane crashes. The new owner is a pilot and has expressed his intent to often use the airstrip.
deane steinbacher

Who Case: 336
I just stumbled across this site today (6-15-2021) Tom was my Uncle, he was married to my fathers sister. I was 11 years old when he passed. I grew up very close to Timmerman Field and have fond memories of riding my bike to the airport to watch his airplane. If anyone has more photos of his plane(s) or any information about his accident, I would be very grateful for those. I have been flying for many years and own and fly an A36 Bonanza. Thank you for this site.
Ben Gay III

Who Case: 86
Just came across an interesting shot of Jeannie flying alongside SR-71 61-7955, looked like pre-damage era (
Mike Robinson

Who Case: 428
Homer “Bud” Rountree was my uncle. One of his Mustangs was stored at the Redding airport. I used to ride my bike out there, open the canopy and sit in it, dreaming I was a fighter pilot. When he bought the two Mustangs they threw in a Merlin Rolls Royce engine still in the crate. He stored it in an old shed in Anderson, CA. I think Ted Contri bought that too, after Bud died