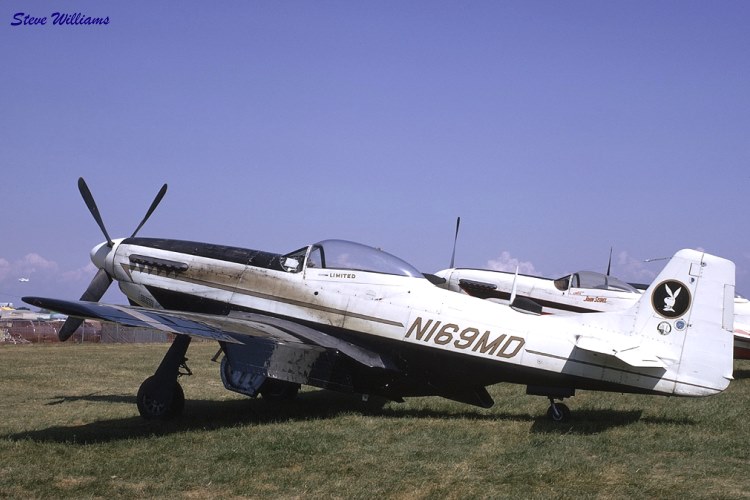 << Case # 330
Who?   Case # 331
Case # 332 >>
P-51 Who? Viewer Responses
William Yoak
This is the former "Tangerine" when owned by the late Dr. Burns Byrum from the late 1960's until his death during the late 70's. This photo was probably taken in around 1970-71 (approx.).
Martin / Swiss Mustangs
44-73140 N169MD Oshkosh 1970
Tom Huismann
This airplane was owned and flown by Doc Byram. A great human being and an excellent pilot. Many is the time Doc would fly between Oshkosh and Marengo, Iowa during the big airshow to tend to his patients. Delivering babies and helping the sick and injured was all in a days work for Doc. He also raced this airplane in the last cross country dash between Milwaukee and Reno. In the picture, John Seidel's P-51 is next to it on the Warbird flight line at Oshkosh. The picture was taken in either 1972 or 1973.
Sue (Reams) McGee
Doc Burns was the kindest person I had the privilage to meet. (He and my Dad were fly buddies.) Does anyone know where his son is? I know him by "Butch", but I'm not sure if that is his real name. Thanks for your help!
Steve Spanjer
I'm responding to Sue (Reams) McGee posting. Doc Byram is my Father-in law. I have been married to his daughter Barb, for 31 years. Butch Byram may be reached at bbyram@dadco.com. Butch lives in Gillette, WY. Butch and I go to the Reno Air races nearly every year. P-51 noise still gives both of us goosebumps.
Sue McGee
Thanks I didn't know that Doc had a daughter or I would have looked for her, too. How great that you still go to Reno, and I know what you are saying about the P-51 goosebumps.....thanks again for responding. I can be reached at smcgee@aceinet.com
dee ledger
perusing this web site gave me goosebumps-I was a nurse in "Doc's" office from July '64 until his untimely passing. Sue, would you by any chance be Gary Reams, MD's daughter?
Sue McGee
Yes, Gary is my father and would be happy to hear from you. Contact my email and I will be delighted to exchange information with you!
Sue McGee
Email is now mcgeesl@juno.com
Sharon Potts
Hi, My father was also a pilot and flew with Doc, his name was Duane Potts. Ive had intermittant contact with Butch and have lost his number. I also used to see Sue when she would come to Marengo with her dad, Gary Reams.
Any info on their where abouts would be appreciated.
Case Closed! 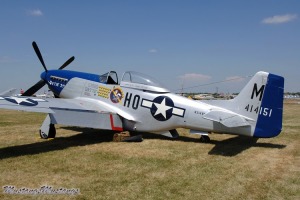