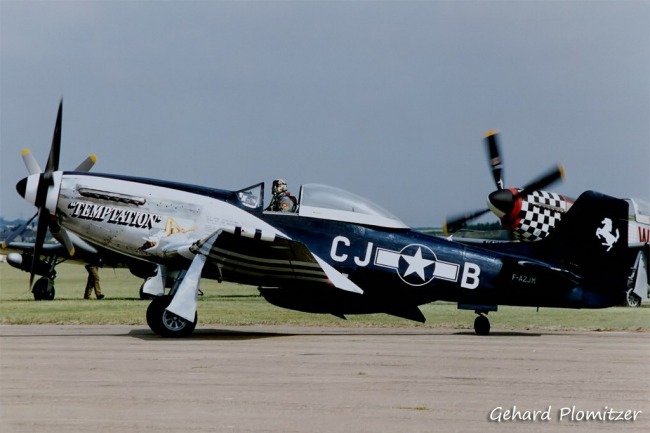 From Martin Kyburz, Swiss Mustangs, here is a synopsis of the events leading up to crash:

...this ship was then sold to Switzerland and received Swiss registration HB-RCW in July 1998 (colour scheme remained unchanged), but sadly it crashed on September 3rd, 1998 in the Swiss Mountains on a ferry flight over the Alps to attend an Air Show in southern Switzerland. The pilot (a very experienced professional pilot (chief pilot of Swiss Air Ambulance) and famous aerobatics pilot, and his son (also certified pilot) were killed instantly and the a/c was totally destroyed. Cause has been determined as follows: due to bad weather, coupled with fading daylight (thus causing time-pressure), the conditions caused disorientation and while trying to do a 180 turn in a valley, they went into a high speed stall and hit ground.

The pilot had done many performances in another Swiss based P-51D (Double Trouble Two, N51EA) but this was his first flight in HB-RCW...