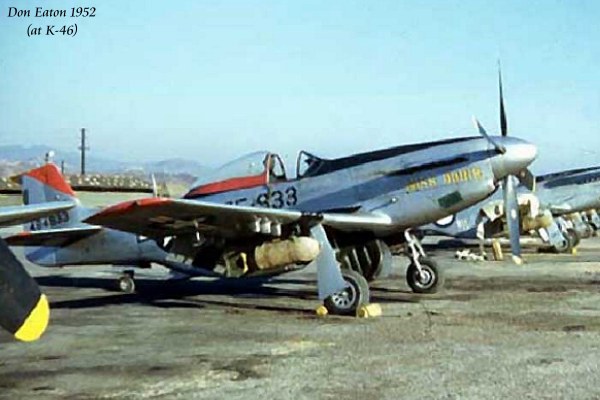 This picture definitely shows 44-84633 as mentioned earlier. What was making things a bit confusing was the seatbelt dangling in front of the buzz-number. When reversing colours and enhancing the picture, the number '6' clearly comes out. What also speaks against John Cook's solution is the fact that no vertical camera-port in front of the tail-wheel is visible. I simply doubt that a genuine recon-ship (an RF-51D-25-NT in John's case, i.e. 44-84833) would have been converted to F-51 standard during repairs and assigned to a 'mud-mover-unit' when the 45th trS had some losses to cover, too. It is a fact that some F-51's served with the 45th trS - but I've never heard of a case the other way round, i.e. recon-ships serving with a Fighter Bomber outfit during the Korean War.