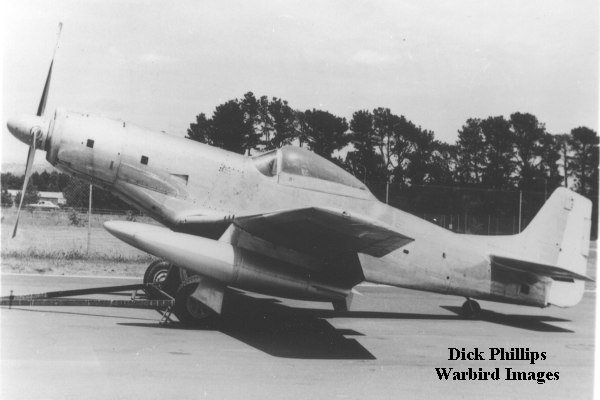 << Case # 144
Who?   Case # 145
Case # 146 >>
P-51 Who? Viewer Responses
David Daly
This mustang is A68-187 and was converted to a RR Dart engine but never flew It is now owned by Frank Borrman and was modified back to standard and now resides in the US.
David Lindauer
Ahhh... The famous "Dart-ang," the Rolls Royce Dart conversion of Commonwealth Mustang A68-187, converted at Bankstown Airport in Sydney. Later restored to Merlin power by Square One, this is now Frank Borman's N50FS "Su Su II", registered to Picacho Aviation LLC, Fairacres, NM, and formerly N19WJ and VH-UFO.
Brendan Cowan
This is an Australian built CA-18 Mustang A68-187 registered quite appropriately as VH-OFU and is seen photographed at Canberra Airport. It was re-engined with a Rolls Royce Dart, had the belly scoop removed and a couple of CAC CA-27 Sabre Drop tanks fitted. It also eventually had other significant structural mods to the rear fuselage and tail feathers to offset the new powerplant. It never flew in this configuration. I have further info if required. It is now Frank Borman's Su Su II flying as N50FS.
Joseph Scheil
The enigmatic VH-UFO... This was a CA-18 A68-187 and went through a number of owners, and display modes before ending up on a pole in 1967. Hockley Treloar brought her down from the pole in 69' and by 1973 had begun modifying her with a Viscount RR Dart, completing this around 76 or 77. The Mustang never flew with this engine and the aircraft was stored and shipped to the usa in 1995. Square One finished her rebuild into a TF-51D, and thus her strange story continues...
Ben Middlemiss
I was involved with Hockey Treloar and Bill Smith ( Formerly of Aerosmith - Bankstown) I was the the person who helped initiated the transfer of Hockey's Spitfire , spares and Dart Mustang to Toowoomba for further work. I removed the "cracker box" igniter and wiring from the Dart installation on Bill Smith's request to help deter any thoughts of rebuilding as a Dart powered aircraft.
I still have a lot of video of the aircraft and spare Merlins when they first arrived in Toowoomba. It was tragic news to hear that SUSE was destroyed in a crash in the U.S. It certainly was beautiful when Frank Borman owned it.
David Milner
I remember seeing this aircraft at Canberra airport in late 70's early 80's I was struck by the flaps hanging down. Thanks for your work in keeping the history of these conversions alive
Daniel Graham
Incredibly I found this thread this morning as I was thinking of my late father Danny Graham.
He was a sheet metal specialist in the RAAF and retired with his final posting at RAAF Fairbourne Canberra in early 70’s.

I do remember Bill Smith quite well as he was usually at the hangar on weekends, he seemed like a nice bloke although my dad said he was never paid for the work he did there for Bill.
Case Closed! 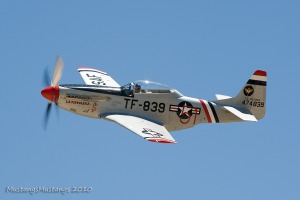