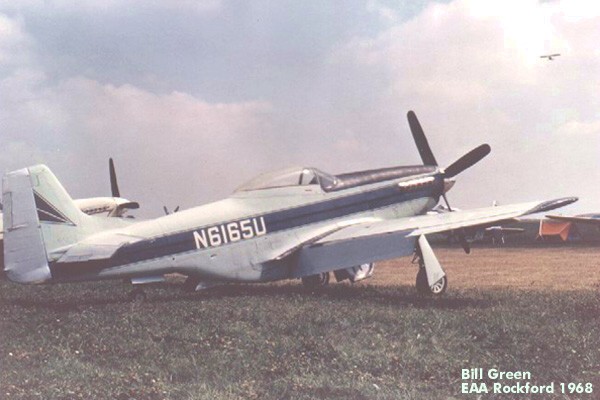 << Case # 45
Who?   Case # 46
Case # 47 >>
P-51 Who? Viewer Responses
Jim Church
Case # 46 shows Tom Kuchinsky's P-51D-25-NA, N6165U, s/n 44-84634, c/n 124-44490. It had been brought back to the United States from Nicaragua (where it had served as GN98) by Bill Martin, of Chicago, Illinois in 1963. Kuchinsky bought it in '66 and used it primarily for racing, in both closed coarse and transcontinental events. He was later killed in the crash of another Mustang, N6518D, at Harlingen, Texas, during a Confederate Air Force show. N6165U has survived, however, and after a succession of owners (and a registration change along the way to N51JV), now flies as N51ES with Ed Shipley as the 78th F.G., 8th Air Force leader John D. Lander's 'Big Beautiful Doll.
William D. Yoak
This particular Mustang was owned by Tom Kuchinsky during the late 1960's. Kuchinsky entered this aircraft in the 1968 Reno Air Races and placed 6th in the Consolation Race. His Mustang was in fact N6165U as indicated in my collection of photos and books, which is undoubtedly the one in your photo used for this case.

Tom Kuchinsky participated in the Consolation Race at Reno in 1969 as well--finishing in third place.However, the mustang he entered in '69 had a different "N" number. This number was N6518D. The aircraft had a different paint scheme which looked like a brand new paint job compared to the one in 1968. This paint scheme had red and brown trim stripes over a main color of white. The wing had red and brown trim panels over white as well. The same race #18 was retained during 1969 too.

Kuchinsky ,unfortunately lost his life in N6518D in 1970 during an airshow demonstration in Texas, when he failed to recover from an aerobatic maneuver. I know this from having followed air racing books/publications over the years. Once again, I hope this "info" is of help to fellow mustang enthusiasts.
MustangsMustangs
Great work and Info, Thanks!
Case Closed! 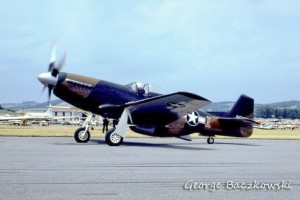